Loneliness is not just for Christmas – #NewYearNewUs 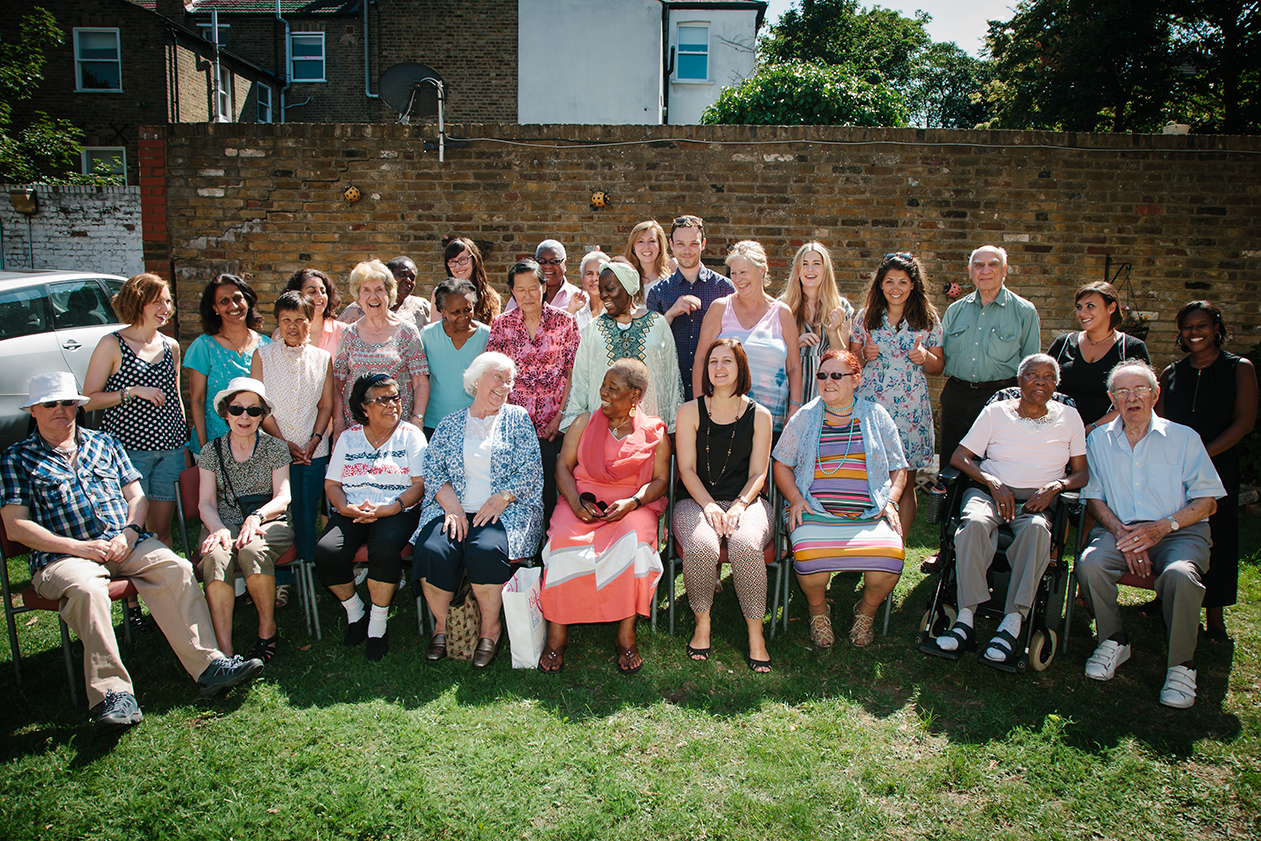 Alex Smith is CEO of The Cares Family, who started in 2011 as a way to tackle social isolation by connecting inter-generational neighbours and creating a sense of community. In this blog, as part of #NewYearNewUs, he talks about how loneliness is not just seasonal, and how the solution, like the problem, lies within us all: reaching out and reconnecting with our community and those around us.

This past December, loneliness was all the rage. Billboards, ads for chocolate companies and fundraising campaigns all vied for attention using a powerful emotional hook in a world where content is king.

One story, about 78-year-old Terrance, went viral online. Terrance had spent the previous 20 Christmases alone, but thanks to the BBC and some local students, he received a visit, a Christmas tree, and a carol choir performing outside his home. The story captured the nation’s hearts and watered more than a few eyes.

“Loneliness affects all of us, at all times of year.”

I get it. Christmas is a special time ­– one for family and friends, reflection, rapport and reconciliation. Even when we’re far away from loved ones, the holidays’ familiar sounds and smells that recall childhood can feel like home. To know there are people out there who feel desperately alone while others are revelling in relationships is hard for any of us to accept.

But in those festive times – and now, as the pages of the calendar turn into a new year and a new decade – I also get frustrated with all the short-lived seasonal attention for an issue that in fact is one of the greatest personal, public health and political crises of our time. Because loneliness isn’t just a seasonal affliction, or a problem for older people. Loneliness affects all of us, at all times of year.

It surprises many that two-fifths of young people in their teens and twenties feel most frequently and most intensely alone, according to BBC research. Digitisation of communication, transience, long hours, and the vast individualism and inequality of our economy all contribute.

It’s a problem for new parents. One in four new mums feels lonely always, while 82% of mums under 30 are lonely some of the time. I’ve lost count of the number of times I’ve heard friends lament that what should be the happiest moment of their lives is actually the most isolating.

“Loneliness is a crisis every one of us can do something about.”

Children who live in urban areas are disproportionately lonely. A fifth of kids living in cities reported “often” feeling alone, compared with just over 5% of those living in towns or rural areas. It’s even more pronounced amongst poorer children: 28% of children who receive free school meals said they were “often” lonely.

People from ethnic minorities are also more prone; many face greater barriers to accessing help due to deep-rooted racial discrimination.

The summer of loneliness

Loneliness is a problem as the year closes, as the year opens and as the year peaks; some reports show that summer can actually be the loneliest time of year.

And while you wouldn’t always know it, it’s a problem for our politicians too. Because loneliness is not only a killer in and of itself, bringing on strokes, heart attacks, dementia and depression and placing severe pressure on our already under-siege NHS. It’s also a gateway to abuse and addiction, inequality, crime, polarisation and even extremism.

That’s because, driven by algorithms and rapid community change, we are spending more time with people who are like us, doing things we already know we like, and less time with the wider community, listening to and learning from others’ life experiences and forming deep new connections as we do.

The solution, like the problem, lies within us all.

Whether we work in government, charity, community or business, we each have the agency to invest in relationships, and to put our human resources to good use. Because our assets aren’t merely in our capital, our people or our places. Our assets are in the relationships between those people and places – how we choose not just to save time but to spend it, to invest it by sharing it with others in the knowledge that that time shared is mutually beneficial.

So, yes, Christmas was a good time to reflect, and to think about all the lonely people. I thought about some of the people I’ve met through our work who I know can’t bear being alone: the 86-year-old who lost her partner a decade and a half ago and who rides around in cabs, stopping at Friday night chippies, just to have people to talk to; the man I met nine years ago who hadn’t been out of his house or spoken to anyone in three months; the woman in her late 90s I used to visit who would talk to me about very little for hours and hours, because she craved human company so much. All of those friends were lonely at Christmas, but they were lonely on the other 364 days of the year, too.

So as we begin this new year and this new decade, we should commit to a longer-form consideration of togetherness, and to each getting what the Jo Cox Loneliness Commission recommended: five meaningful connections every single day of the year, with people who may otherwise be feeling alone, and particularly with people who are not ‘like us.’ Because loneliness is not just for older people, and it’s not just for Christmas – it’s a crisis every one of us can do something about.