How a ‘Banter Bench’ is connecting communities in Skegness 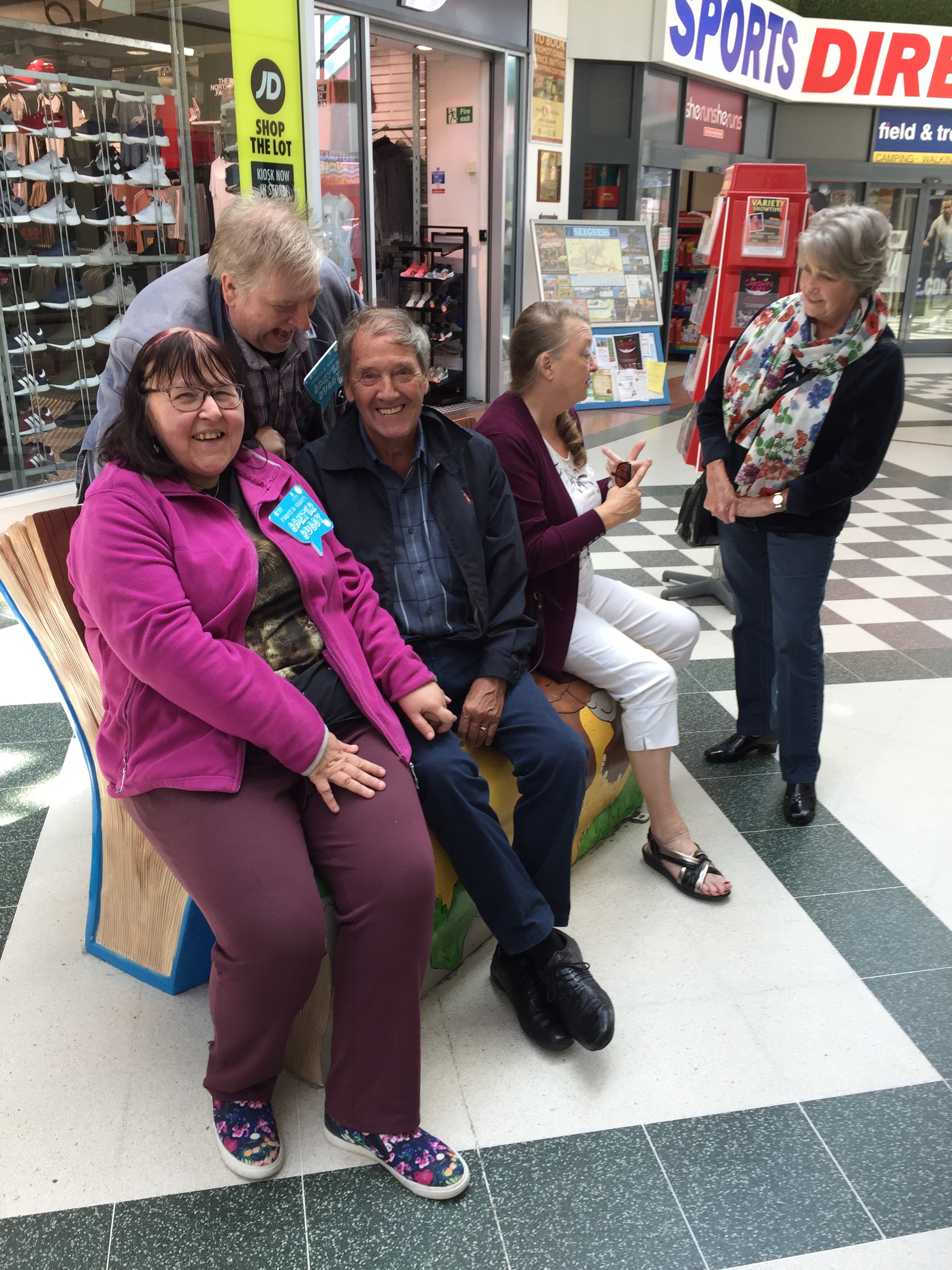 The Hildreds Shopping Centre in Skegness is a small seaside centre with a huge footfall of around 4.2 million visitors per year. When Manager, Steve Andrews, realised that many people were visiting Shopping Centre alone, he saw an opportunity to encourage more meaningful connections in his community, and help tackle loneliness.

Out of season Skegness becomes much quieter and you see more of the ‘locals’ coming back out to shop and spend the day in the town.  However, during the quieter months the staff in the centre begin to recognise regular visitors, especially the ones on their own.  We would always make a special note to say hello and if possible pass a little time with the ones who have become “regulars”.

“By just saying hello and starting a short conversation with our regulars, after a while they look out for us and come over to have a chat when they next visit.”

After a while, they begin to open up and often we find out that they moved to our area to retire with their partner but sadly the partner has passed away.  It is often the case that they live in isolated villages in the area and sometimes we find that they do not drive so rely upon the bus service which can be sporadic especially out of season.  We usually see the same people, on the same day of the week, at the same time as they have a routine.  We also find that by just saying hello and starting a short conversation with our regulars, after a while they look out for us and come over to have a chat when they next visit.

Through conversations with some of our regulars we found out that our voices were sometimes the first voices they had heard all day or even all week!  Because of this we decided to install a bench in the mall where people could sit and talk.  The bench, in the shape of an open book would have a sign on it informing people that if they sat there they may have people speaking to them.  We called it “The Banter Bench”.

“We found out that our voices were sometimes the first voices they had heard all day or even all week!”

In the early days, people didn’t really know what to do?  So we formed “The Banter Buddies” – who were my staff.  Instead of my security officers standing in the mall I asked them to sit on the bench and start a conversation with anyone who sat down.  It was AMAZING.  If someone else sat down while my staff were talking to a customer, my staff would start a conversation with them too, then get up and walk away leaving the two complete strangers chatting away.

After a while we realised that we needed help to expand upon this idea so we started to work with an organisation called T.E.D – Talk, Eat, Drink.  We had “Banter Buddies” badges made so they could be identified and placed the bench by the café in the centre.  The volunteers were trained in all aspects of bereavement counselling but they also came armed with lots of information about clubs, societies in the area – even bus times and charities that offer call collect services for older people.

The bench has been a huge success and is now in regular use every day.  We paint characters on the benches such as The Gruffalo or Peppa Pig etc. because we find it attracts people to the benches in the first instance but also because the characters attract families with young children – young children don’t need a script or any excuse to speak, they always engage with people sitting on the bench.

“People who would normally just get their shopping and leave, now sit and chat a while.”

It isn’t just older people who are lonely either.  We have lots of mums with small children who don’t get the chance to interact with anyone during the day.  The Banter Bench has been a great addition to our shopping centre.  It is lovely to see it being used all day every day and to see people who would normally just get their shopping and leave, now sit and chat a while.