How Covid has helped open up the conversation about loneliness 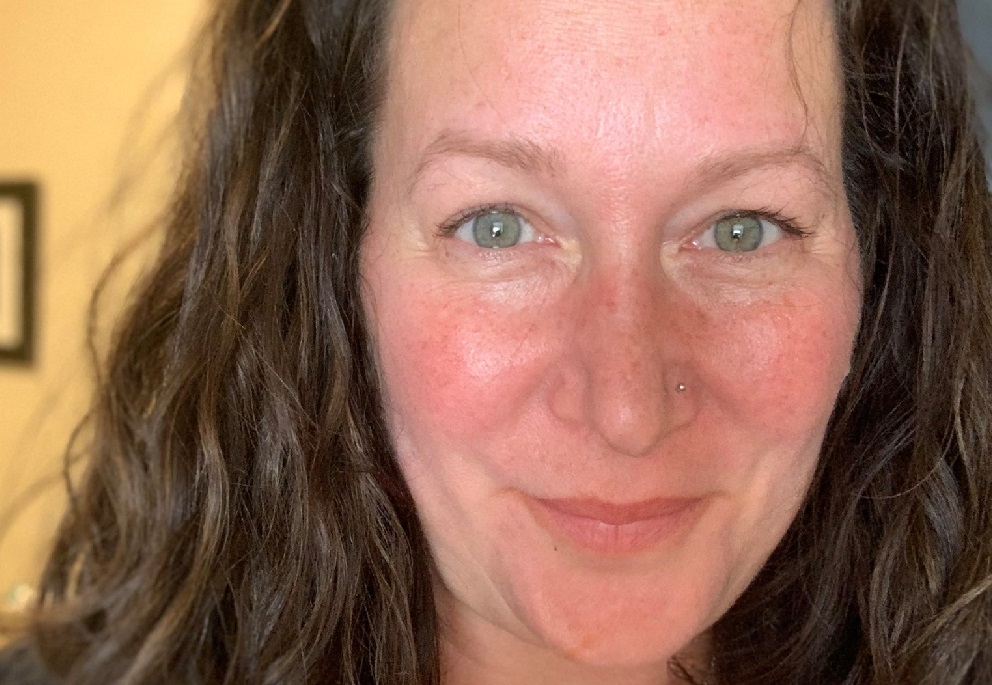 Four years ago, Marci Stepak realised she was lonely after she separated from her husband. In this blog she talks to the Campaign about her personal experience of loneliness, how she’s learnt to manage it, and why it’s so important to talk about it.

“I first realised I was lonely four years ago, when my husband and I separated. I went to therapy to talk about the breakdown of my marriage, and, weirdly, my therapist wanted to talk about my feelings!

It was then I realised that loneliness was something I’d experienced since I was a teenager, maybe even earlier than that. I just didn’t have the vocabulary to articulate what it was. And I didn’t have the nerve. I was never going to go up to someone and ask, ‘Have you ever been in a room full of people and felt completely alone?’

The face of loneliness

It was only a couple of years ago when CBC (Canadian Broadcasting Corporation) first explored the issue of loneliness and how it affects different people.

Up until that point, there was just this image that a lonely person is ‘an elderly woman looking out her window on a rainy Tuesday afternoon’, and that was the ‘face of loneliness’. And it was something that many people didn’t relate to or if they did, they weren’t comfortable admitting it

“Since lockdown, there are many more voices contributing to the conversation. And it’s a safer conversation to have.”

So, when CBC approached me, it was interesting for them to get different faces, different histories and different stories. At the time, it was something I was still actively learning about with myself, figuring out which resources were available, and if I was comfortable talking about publicly.

For me, the biggest issue with talking about it publicly was the guilt associated with it.

When I first decided to talk to my friends and family about feeling lonely, there was still a lot of shame and embarrassment. But I knew I was going to be doing a radio show, so there was a chance that someone was going to hear it.

I felt so guilty because my mum is around all the time, my brother and I are always texting, and I have two amazing kids. ‘Wait a minute,’ I thought, ‘I have all this and I’m still feeling lonely.’

I also knew that talking about it to them might make them feel like: ‘What have they done wrong?’; ‘Should they have been doing more?’ And that wasn’t the case at all.

But when I was on the CBC recently, I wasn’t bashful about it at all. I was raising my ‘loneliness flag’! And it feels like that’s down to a combination of things. There’s a been a lot of awareness in the last few years, but since lockdown, there are so many more voices contributing to the conversation. And it’s a safer conversation to have compared to four or five years ago.

A sense of relief

I don’t feel like my ‘loneliness level’ has been affected in a negative way by the pandemic. On the contrary, I felt like there was a sense of calmness, a relief in a way. It felt like the other shoe that I’d been waiting to drop, had dropped. And for me, personally, there was something reassuring or comforting about that.

“I do feel a sense of responsibility to talk about loneliness. If someone else is listening to this and relating to 10% of what I’m talking about, I hope it makes them feel like they’re not alone.”

The other thing that’s happened during the pandemic, and my awareness of loneliness, is that more people are talking about it. So publicly, and with ease too. And that isn’t something that I would ever have heard when I first started speaking up about this issue.

People have always tried to break certain stigmas down. There’s been campaigns and awareness, but what really helps is these peer-to-peer conversations. I’m sure they’re happening behind closed doors as well, but now they’re happening so publicly too.

The building blocks of loneliness

It’s great that so many people are talking about it now, publicly. Even if they’re not using the word loneliness, they’re talking about the feelings associated with it: feeling isolated, disconnected, missing their community, or missing meaningful connections. For me, those are all the building blocks of loneliness.

The problem is, when you do talk about loneliness, people just say, ‘Well get out there and socialise more.’ We have this idea, this well-meaning idea, that you just need to be around people more, and if you are around people then you shouldn’t be feeling lonely. And that isn’t the case.

There’s different types of loneliness. I think a lot of people right now are feeling social loneliness and it’s situational. I think in my case it’s emotional loneliness.

“Sometimes the best way to tackle stigma is to just talk about it. And for me, Covid has helped start that conversation.”

Knowing someone has your back

I know I have to work hard to identify what fills me up and what makes me feel connected to other people. I also know it might not be the same as it was 10 years ago. But for me and for now, it’s talking things out in therapy, and exercise – getting out of my own head and out of my own way.

One of my favourite ways to do this is my spin class. There’s something about the group energy, that shared experience. It’s one of the things I miss most from lockdown. I don’t talk to anyone, I can’t see them. But we’re all there together.

Making that meaningful connection isn’t always about words. But being in a room full of like-minded people, feeling like they have your back: there’s nothing like it.

So, when we talk about tools: the therapy helps, the exercise helps, but when I’m really feeling lonely, the best antidote is knowing there’s some really good people in my life, and they have my back.

I do feel a sense of responsibility to talk about loneliness. If someone else is reading this and relating to 10% of what I’m talking about, I hope it makes them feel like they’re not alone: ‘They’re not alone in their loneliness!’

So many more people, since Covid, seem to have stood up, identified as experiencing loneliness, and spoken out publicly about those experiences. From personal experience, I know that can make a huge difference in tackling loneliness, and the stigma attached, and help others to find their own subjective coping mechanisms.

Sometimes the best way to tackle stigma is to just talk about it. And for me, Covid has helped start that conversation.”