‘Joining in on the local action.’ 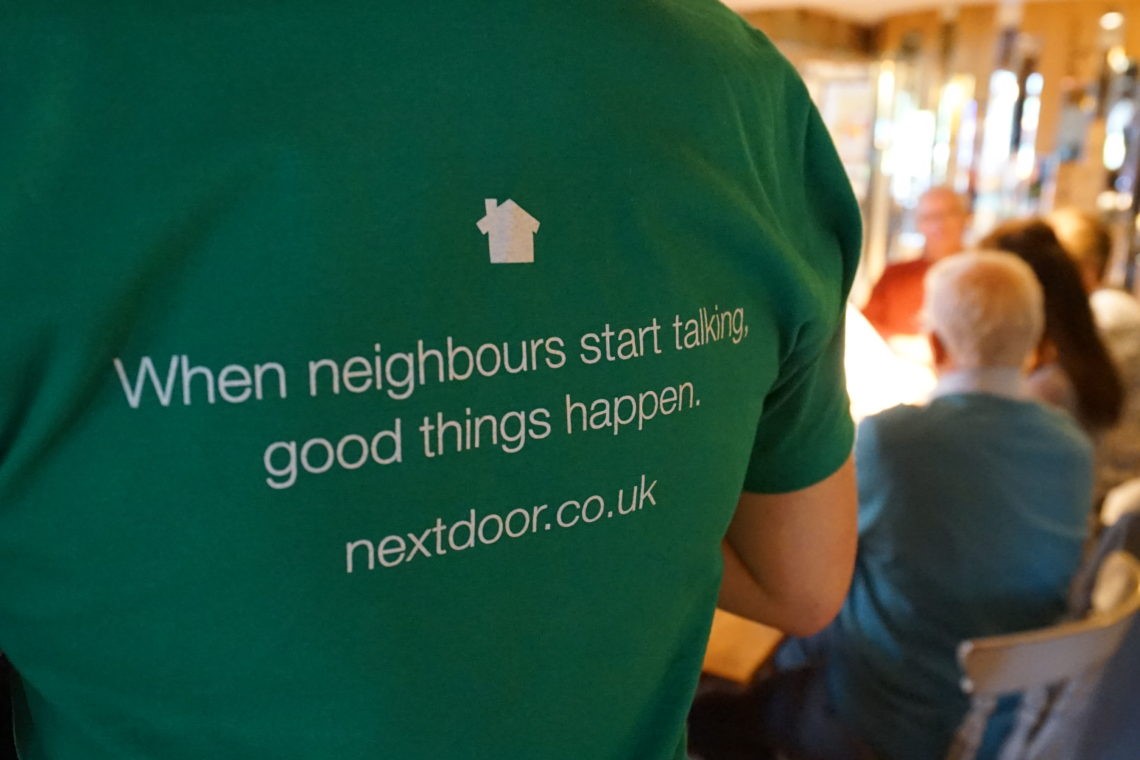 Nextdoor is the world’s largest neighbourhood website and app, enabling truly local conversations that empower neighbours to build stronger, safer and happier communities. Find out how Steve Got To Know His Neighbours through Nextdoor.

At Nextdoor, loneliness is an issue we’ve seen first-hand – and which affects many communities across the UK. But what’s special about Nextdoor is that we have the privilege of seeing neighbours come together to help each other out, for no other reason other than the fact they’re someone’s neighbour.

Encouraging members to get involved to help tackle and reduce the stigma of loneliness is an issue that’s close to our heart. Last year we launched our #HelloNeighbour Challenge which asked members to give an hour of their time each week to help someone who may be lonely.

In light of this blog post, we were talking with one of our members about loneliness and his experience. Steve Hulmes, from Plymouth, shared with us how he used Nextdoor and how loneliness has affected him.

“I’m a contractor by trade, I’ve worked in various locations across the UK and Europe, meeting lots of different people along the way. I love my job, although it’s extremely pressured and contracting life can be transient, no day is the same.

“Since moving to Plymouth I don’t know anyone, and it can be hard to try and break into new friendship circles – especially when you’re not a massive drinker!”

In October 2018 I relocated to Plymouth after working in London for a couple of years. I had a great group of friends in London but since moving to the UK’s only ocean city I’ve found it really hard to meet people.

I’m extremely self-sufficient; I’ve always enjoyed working independently and changing locations, but this does come at a price. Since moving to Plymouth I don’t know anyone, and it can be hard to try and break into new friendship circles – especially when you’re not a massive drinker! 90% of the time I’m absolutely fine, but 10% of the time it can be really difficult and lonely.

“There are loads of others out there who are in the same position as you or who just want to help.”

I decided to join Nextdoor to find out what’s going on in my area and hopefully to meet people. I was pleasantly surprised by the responses I received. People were suggesting social groups and workshops for me to attend such as joining a political group, getting involved with homeless projects, even male group singing! I’m passionate about the theatre and comedy, so it was great that ‘Nextdoorers’ were pointing me in the right direction for where to go to join in with the local action.

I’m honest and open about the fact I feel lonely sometimes. Posting about it on platforms like Nextdoor show that there are loads of others out there who are in the same position as you or who just want to help.”