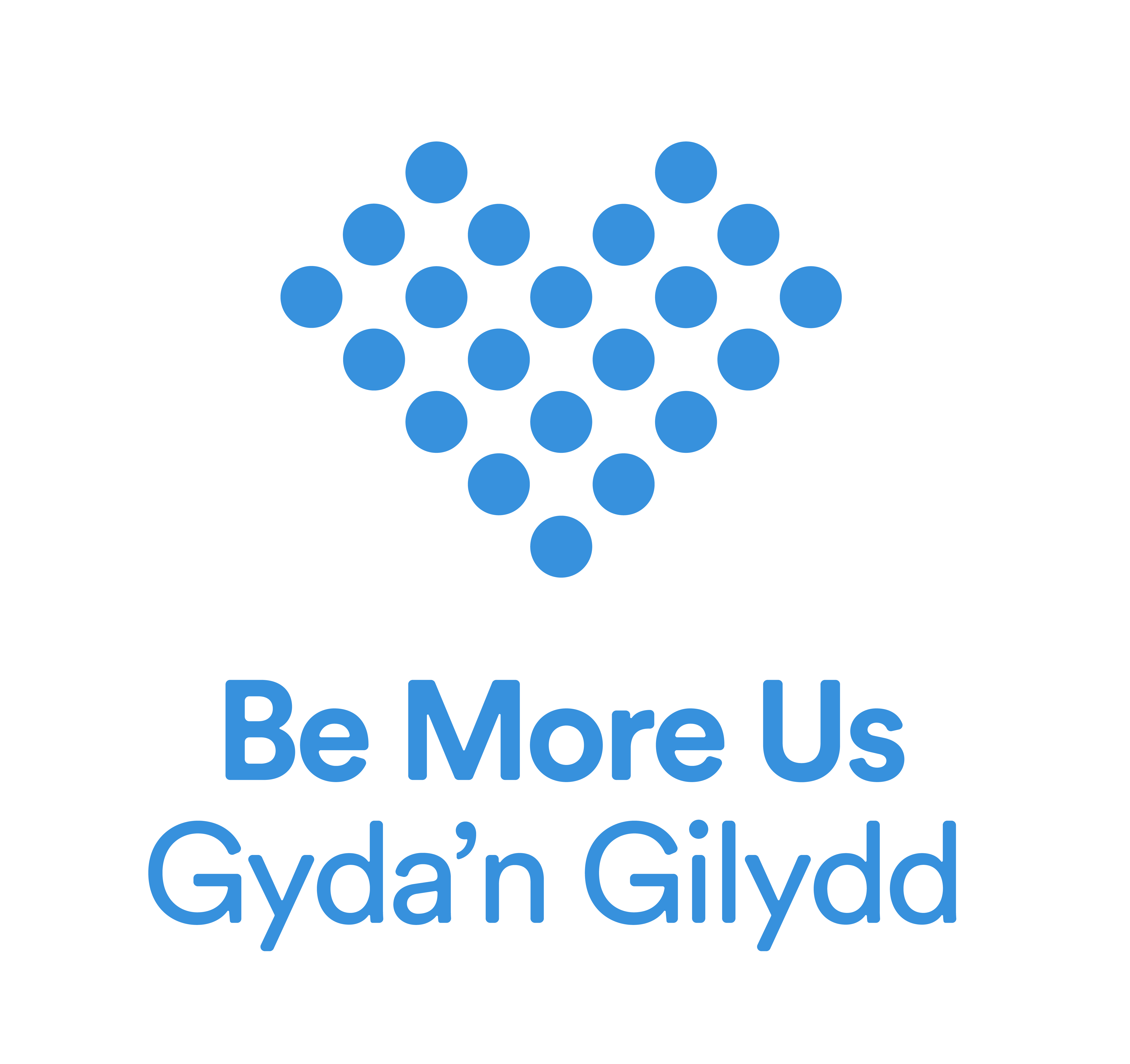 Who is the Campaign to End Loneliness?

The Campaign to End Loneliness believe that people of all ages need connections that matter.There are nine million lonely people in the UK and four million of them are older people. Many older people find constant loneliness hardest to overcome. They lack the friendship and support we all need.

We’ve been experts in the field of loneliness and connection since 2011. We share research, evidence and knowledge with thousands of other organisations and the public to make a difference to older people’s lives.

We inspire everyone to connect and bring communities together across the UK.

We’re hosted by Independent Age, supported by National Lottery funding through the National Lottery Community Fund, and also funded by the Calouste Gulbenkian Foundation, The Tudor Trust and donations from the general public.

Together, we can End Loneliness.

Why has the Campaign to End Loneliness launched Let’s Talk More?

Loneliness and isolation are on the rise, with nine million lonely people in the UK. Over half of British adults feel it’s been a long time since they made a connection or a new friend.

Almost half (49%) of UK adults say that their busy lives stop them from connecting with other people. But we can all do something to tackle loneliness. Small moments of connection, like saying hello to someone in your local shopping centre or smiling at someone on the bus, are an important way to tackle loneliness and can make a huge difference to someone’s day. Our research found that almost 9 in 10 (88%) people agree with us.

We have launched the Let’s Talk More video to encourage people to initiate small moments of connection. Small moments can make a huge difference.

The video is part of Be More Us, a nationwide movement to inspire connection, tackle loneliness, and bring people together

What does Let’s Talk More mean?

Let’s Talk More means we need to look up and make conversation with people around us. We want people to feel confident to initiate a conversation as even a simple ‘hello’ and a smile can make a huge difference to someone’s day, particularly to the nine million lonely people in the UK.

What is the aim of the video?

We have launched the Let’s Talk More video to encourage people to initiate small moments of connection.

We can only tackle loneliness if we all play our part. We all need friendship and support, no matter what age we are.

The Campaign to End Loneliness is funded to tackle the loneliness of older people, but we believe that by creating a more connected society with Be More Us, and encouraging people of all ages to have a chat, we’re helping make the UK a less lonely place for everyone.

Why does the Campaign to End Loneliness believe that people aren’t talking?

In our research almost half of the people questioned (49%) say that their busy lives stop them from connecting with others. The arrival of social media and mobile phones means that people are often distracted and not present in the moment, especially when in public.

What is the research that you have referred to in the Let’s Talk More campaign?

We commissioned YouGov to conduct a poll of 2035 adults to learn about loneliness and connections in the UK. Fieldwork was undertaken between 25th – 26th April 2018 and the survey was carried out online. The figures have been weighted and are representative of all UK adults (aged 18+). All figures, unless otherwise stated, are from YouGov Plc.

Who are the people in the Let’s Talk More film?

Andy Parsons, comedian and writer, participated in the film and supports the campaign. He was keen to raise awareness of the issue of loneliness and to show how easy it is to start a conversation with people that you do not know.

All other participants in the film are members of the public who gave their permission for this film to be used as part of our campaign.

Why did Andy Parsons decide to be part of this campaign?

Andy Parsons participated in the film and supports the campaign. He was keen to raise awareness of the issue of loneliness and to show how easy it is to start a conversation with people that you do not know.

Where is the film shot?

The film was shot at Brent Cross Shopping Centre in March 2019. Although a London based shopping centre, it is representative of such locations across the UK.

Does CTEL think that this campaign will make a difference to loneliness and social isolation in the UK?

Research shows that small moments of connection, such as talking with strangers, make us feel more connected in our communities and reduces feelings of loneliness and isolation. [1]

Polling by the Campaign to End Loneliness found that 9 in 10 UK adults believe that these small moments of connection can help to tackle loneliness.

What impact can loneliness have?

Loneliness is seen by many as one of the largest health concerns we face.

There is also a significant economic impact. Research commissioned by Eden Project initiative The Big Lunch found that disconnected communities could be costing the UK economy £32 billion every year.

With the increasing use of social media and smartphones, is loneliness and social isolation going to get worse?

The link between loneliness and social media and smartphones is complex.

Smartphones are an integral part of most people’s lives, allowing us to stay connected at all times. However, research found that students who used their phones the most reported higher levels of feeling isolated, lonely, depressed and anxious. They believe that loneliness is partly a consequence of replacing face-to-face interaction with a form of communication where body language and other signals cannot be interpreted (Peper and Harvey).

However, a report commissioned by Vodafone UK and launched in March 2019 reveals that digital technology can help alleviate loneliness among the over 50s by keeping them connected to their family and friends for longer.

What should I do if I’m experiencing loneliness? Who should I contact?

Loneliness is a normal human emotion and we all experience it; it is simply a sign of wanting contact with people. It is not a personal failing and it’s important not to blame yourself for feeling this way. There are things that we can all do ourselves to help prevent it.

If you have been feeling lonely for a while, a first step is to notice and identify this, even if just to yourself. This can help you can think about what you could do to help yourself, or how to ask for help from others.

The experience of loneliness is deeply personal; both its causes, the individual circumstances and consequences, and so it is difficult to give you a ‘catch all’ solution to how you can address your own loneliness.

Some things you can do:

Phonelines – you can call Independant Age’s freephone Helpline on 0800 319 6789 if you’re an older person who wants advice and support.

I don’t like talking to strangers, why should I get involved?

Talking to people you don’t know can be a bit awkward. It can also be a bit intimidating. We get that, but it shouldn’t be that way. It might be a bit out of your comfort zone at first but after a while it will feel like the most natural thing in the world. Go at your own pace, and start small to build up your confidence. Research shows that even people who are reserved or shy find interacting with strangers has a positive impact on their mood.

What if people don’t talk back?

Not everyone you start a conversation with is going to talk back. Some people value their quiet time, others could be busy, or after a hard day’s work don’t fancy chatting. That’s fine. It’s important to respect that and not take it personally. Look for non-verbal cues that make you think a person is open to having a conversation – if they make eye-contact or acknowledge you.

It’s important that you respect a person’s decision not to talk back to you and only talk to people who feel comfortable doing so.