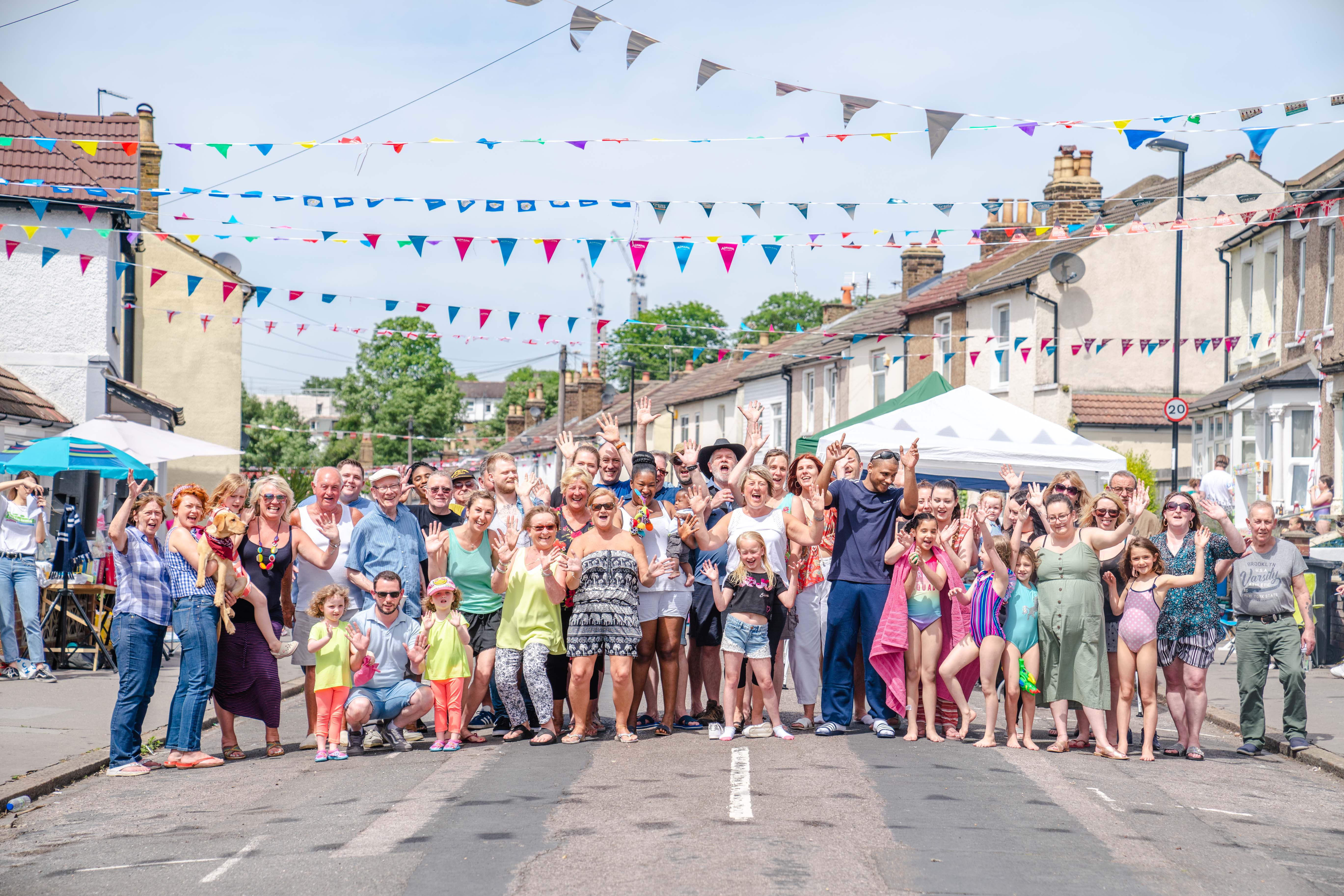 The Big Lunch, part of Eden Project Communities, has been running since 2009, with the sole purpose of bringing people together to share something we all have in common, a love of food! Here they talk about why getting to know your neighbours is simpler than might think and how The Big Lunch is supporting Be More Us.

Whether you live on a suburban street, in a block of flats or in a rural village, we can all benefit from that sense of connection to those people nearest to us – our neighbours.

Unfortunately, a recent poll of 4,000 people undertaken by The Big Lunch, showed that half the population hadn’t chatted with a neighbour in the previous month, 1 in 5 of us has NEVER spoken to our neighbours, almost three quarters of us wouldn’t introduce ourselves to a new neighbour and aren’t sure we’d even bother to say hello…

“Is everyone just waiting for someone else to take the first step?”

A sad state of affairs, but here at The Big Lunch HQ we know that all is not lost.  At a time when the country feels so divided and disconnected, there is also a strong appetite for getting to know our neighbours better – our poll showed that over 76% of the population think it is better for communities if we know our neighbours.  Is everyone just waiting for someone else to take the first step?  The Big Lunch weekend at the beginning of June this year gave people the excuse to do just that.

We saw millions of people attend over 90,000 Big Lunches held in neighbourhoods and communities right across the UK, and many more happened over the summer.  They shared food, had a good natter and got to know each other a little better, and on top of that they had tonnes of fun!  Over 4 million new friendships were made at Big Lunches, and 3.8 million people said they felt less lonely after attending a Big Lunch, proving that these small moments of connection are really important.

“Start with a smile, a wave and ‘hello’ and maybe some small talk about the weather or about where you live and see where it takes you.”

A Big Lunch doesn’t need to be big or even a lunch – it can be a small and simple affair with a couple of neighbours sharing a cuppa and some cake.  But if the thought of getting together with people you don’t know still terrifies you, we’d encourage you to take a step in the right direction this autumn, and commit to starting a conversation with someone living nearby or inviting a neighbour to join you for a cup of tea.

Our poll showed that most people want to get to know their neighbours, and over 60% would say yes if you asked them round for a cuppa, so there’s every chance that they’ll be grateful you made the first move.  Start with a smile, a wave and ‘hello’ and maybe some small talk about the weather or about where you live and see where it takes you.  For more tips on how to break the ice, take some inspiration from Let’s Talk More.

The best thing is, we know it works.  When people come together, good things happen – they feel happier, more connected, more resilient, and can make changes and improvements where they live.

Despite living on Spencer Road for years, Laura’s relationship with her neighbours consisted of half smiles, polite nods and the avoidance of eye contact so she organised a Big Lunch.  Three years later, Spencer Road has a Big Lunch tradition, but more than that, they are no longer disconnected – they know they have someone to talk to and someone looking out for them right on their street. Read more of Laura’s story here.

Similarly, in Wales, Emma wanted to get to know her neighbours better – she wanted more than a polite nod from across the street – so she knocked on doors and suggested getting together for a Big Lunch.  She describes the connections and friendships that have blossomed as ‘life-changing’. Read more of Emma’s story here.

So don’t hang about this autumn, take the first step to talk more, and make a connection with someone who lives near you.